This is the most common use of a very wide range of expressions. It displays a product or theme directly and faithfully on the advertising board, making full use of the realism of photography or painting. Carefully sculpting and focusing on rendering the product's texture, shape and functional use, and introducing the exquisite texture of the product into the resort, giving people a realistic feeling of reality, so that consumers have a sense of intimacy and trust in the advertised product. .
This approach directly pushes the product to consumers, so pay close attention to the combination of products and display angles on the screen. It should focus on highlighting the product's brand and the product itself is most likely to impress people's heart, using color light and background to contrast, so that Products are placed in an infectious space, so as to enhance the visual impact of advertising images.

Use various methods to capture and emphasize the distinctive features of the product or the theme itself and express it clearly. Put these features on the main visual part of the advertising screen or put it to deal with it, so that the audience is in touch with the verbal picture moments. That is, it quickly feels that attention is paid to it and visual interest occurs, and the promotion purpose of stimulating purchase desire is achieved.
In the performance of advertisements, these characteristics that should be emphasized and highlighted should be determined by factors such as special capabilities that are distinctive in individual product images, corporate logos of manufacturers, and trademarks of products.
Outstanding features are also common expression techniques that we use very often. They are one of the important techniques for highlighting the theme of advertisements and have a significant performance value.

Contrast is the most prominent expression of artistic beauty that tends to confront conflict. It expresses the nature and characteristics of the things depicted in the works in sharp contrasts and direct comparisons. By showing them, they contrast each other, and from the differences presented in the comparison, they reach a concentrated, concise, and tortuous change. which performed. Through this technique, the product's performance and features are more clearly emphasized or prompted, giving consumers a deeper visual experience.
As a common and effective expression technique, it can be said that all arts have benefited from comparative performance techniques. The use of contrasting techniques not only enhances the performance of the advertising theme, but also enriches the appeal of the advertising works. The success of contrasting techniques can make the seemingly ordinary picture processing implied rich meanings and show different levels and depths of the performance of advertising themes.

With the aid of imagination, certain aspects of the quality or characteristics of the objects advertised in the advertising works are quite exaggerated to deepen or expand the understanding of these features. The writer Gorky pointed out: "Exaggeration is the basic principle of creation." Through this technique, it can more clearly emphasize or reveal the essence of things and enhance the artistic effect of the works.
Exaggeration is the pursuit of novelty in the general, and the use of fiction to exaggerate the characteristics of the object and personality of the Sino-American aspect, giving people a novelty and change of interest.
According to the characteristics of its performance, exaggeration can be divided into two types: exaggeration and exaggeration. The former is an image processing product, while the latter is an implicit modality treatment product. Through the use of exaggerated techniques, the artistic beauty of advertisements has been injected with strong emotions, making the characteristics of products distinctive, prominent, and moving.

In the advertisement design, the three-dimensional image is emphasized, selected, and condensed, and the unique imagination is grasped or focused on a point or a part to describe or extend the enlargement so as to express the theme thought more fully. This kind of artistic treatment takes a holistic approach. It is based on a small scale, from incomplete to full performance techniques, which gives designers great flexibility and unlimited expressiveness. At the same time, it provides the recipient with a broad imagination. Get vivid taste and rich associations.
The "smallness" of small and medium-sized schools is the focus of the depiction of advertising screens and the center of visual interest. It is both the enrichment and growth of advertising creativity, as well as the designer's unique arrangements. Because it is not a "small" in general sense. However, it is a product of a small and medium-sized apartment building. It is a simple, deliberately pursued product that is highly refined at a small win.

In the aesthetic process, through rich associations, we can break through the boundaries of time and space, expand the capacity of the artistic image, and deepen the artistic conception of the picture.
Through association, people see their own or their own experiences on aesthetic objects, and the beauty is often particularly strong, thus merging the aesthetic objects with the auditors of Microsoft Corporation in the United States and evoking a sense of resonance in the association process. The intensity is always intense and abundant.

Humorous method refers to the clever reproduction of comedy features in advertising works, captures the local things in the phenomenon of life, and manifests itself through some ridiculous features of people's sexuality, appearance, and behavior.
Humorous expression techniques often use funny plots, clever arrangements, and extend certain things that need to be affirmed to the extent of comics, creating a humorous mood that is full of interest, laughs, and intriguing. Humorous contradictions and conflicts can achieve unexpected and artistic effects in the most reasonable way, causing viewers to smile attentively, and to use their artistic appeal in a unique way.

The metaphor method refers to the selection of two things in the design process that are different in this copy and some similarities in some aspects. â€œThis thing metaphorizes the thingâ€. There is no direct relationship between the metaphorical thing and the subject, but Some points have similarities with some of the features of the theme, so they can be used to extend the transformation and get the artistic effect of â€œturning the curveâ€.
Compared with other methods of expression, metaphorical techniques are more subtle and hidden, and sometimes it is difficult to see at a glance. However, once they understand their meaning, they can give an endless feeling.

The most influential factor of art is the emotional factor. Aesthetics is the process by which the subject and the object of beauty continually exchange emotions to resonate. Art conveys the characteristics of feelings. The phrase â€œfeeling the person with heart and not being preceded by loveâ€ has already demonstrated the role of emotional factors in artistic creation. It focuses on the selection of emotionally-oriented content in the form of expression techniques, and sets off with good feelings. The theme, which truly and vividly reflects this kind of aesthetic feeling, can be used to affect people and exert the power of art to infect people. This is the literary emphasis of modern advertising design and the pursuit of aesthetic mood and interest.

In the way of expression, it is tricky and riddled with misgivings, causing people to disregard the meaning of the images on the advertising screen, creating a state of suspicion and nervousness. It creates a layer of ripples in the audience's mind and produces exaggerated effects that drive consumers. Curiosity and strong action, opening positive thinking associations, arouse viewers' further desire to further explore the meaning of advertising issues, and then clear the subject of advertisements through the title of the advertisement or text, so that the suspense can be lifted and left unforgettable. Psychological experience.
The suspense technique has a very high artistic value. It can first deepen the conflict and attract the audience's interest and attention, creating a strong feeling and producing fascinating artistic effects.

In real life, people have their own objects of worship, admiration or emulation, and there is a psychological desire to get as close to him as possible, so as to obtain psychological satisfaction. This kind of technique is applied to people's psychological characteristics. It seizes the people's admiration for celebrity idols, selects the idols worshiped by the audience, and communicates with the product information to the audience. Because celebrity idols have a strong psychological appeal, using celebrity idols can greatly increase the product's impression and sales status, establish credibility of brand names, produce unspeakable persuasion, and induce consumers to celebrities in advertisements. The attention of the idol's praised product stimulates the desire to buy. The choice of idols can be a super-beautiful female actress who has extraordinary temperament, world-famous male stars, male and female athletes who are famous in the world of sports, and others who can also choose political personalities, celebrities, master artists, battlefield heroes, and handsome men. Beauty and so on. The selection of idols should be consistent with the product or service of the advertisement, or it will give people a sense of far-fetched influence and make people psychologically refuse, so that the intended purpose cannot be achieved.

This is a creative approach to ambiguity. It does not intentionally use the old-fashioned name-taking method to use art and social celebrities familiar to the general public in the world as an image of humorous interest. , Making famous celebrities produce a sense of humorous, giving consumers a new and unique visual impression and easy and enjoyable fun, with its anomaly and mystery to improve the appeal of advertising, increase product value and attention.
This method of expression persuades the advertisements to be in a humorous, almost comic-like atmosphere. It is admirable, makes you laugh, makes you forget about it, and leaves you with an interesting aftertaste.

The use of deformed exaggeration, weaving myths and fairy-tale images with an infinitely rich imagination, reproducing reality in a fantasy scenario and creating a certain distance from real life. This is full of rich romanticism and freehand brushwork. The expression technique of the show is full of appealing power with a sudden and magical visual feeling, giving people a special feeling of beauty that can satisfy people's curiosity and varied aesthetic taste requirements.
In this way of expression, artistic imagination is very important. It is a symbol of the development of human intelligence. Everything needs to be imagined, especially in art. It is no exaggeration to say that imagination is about the life of art.
From the beginning of the creative concept until the end of the design, imagination is actively carried out. The prominent feature of imagination is its creativity, and creative imagination is the beginning of the excavation of new meanings and the emergence of new images. Its basic tendency is to transform the experience evoked by Lenovo, and ultimately constitute a new image with the unique creation of the esthetic person, resulting in a strong power to defeat the people.

Through the continuous screen, a complete visual impression is formed, so that the advertisement information conveyed through the screen and text is very clear, prominent, and powerful.
The advertising picture itself has a vivid and intuitive image. It has accumulated many times over and over. It can deepen consumers' impressions of products or services, gain good publicity, and have great influence on expanding sales, establishing brand names, and stimulating purchases to enhance competitiveness. effect. For the premise of the design strategy, it is more important to establish the corporate image.
As the basis of the design structure, the grasp of formal psychology is very important. From the perspective of visual psychology, people abandon the monotonous and uniform form and pursue diverse changes. The continuous series of expression techniques conforms to the form of â€œcontains diversity and unityâ€. The basic principle enables people to see differences in the â€œsameâ€ and to seek change in the unification, forming artistic effects that are both diverse and unified, contrasting and harmonious, and have enhanced artistic appeal.

Color Any color you want

Size Any sizes you needed 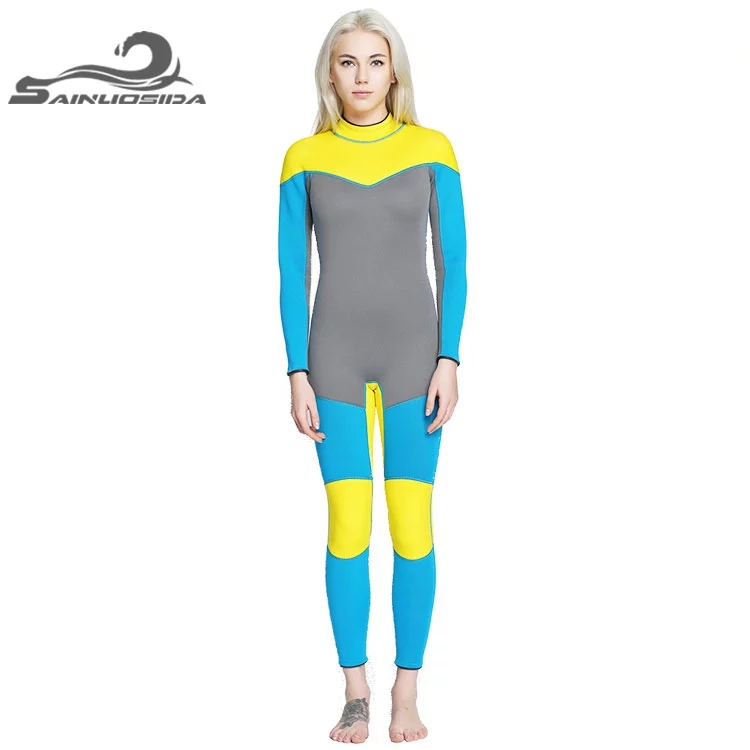